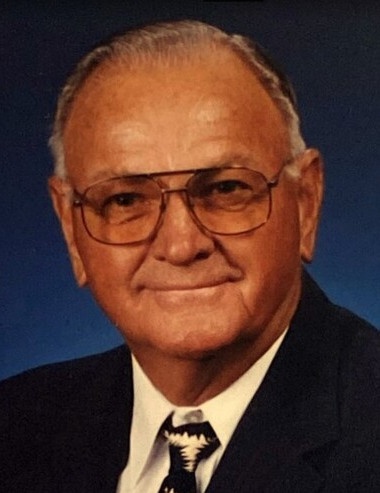 Delvin Clarence Zingelmann passed away on Monday, June 13, 2022 at Care Inn in La Grange, at
the age of 94.
Delvin was born on May 6, 1928 in Waldeck, Texas to Albert Fritz Zingelmann and Selma Sally
Albers Zingelmann. He was baptized on July 6, 1928 in Waldeck and Delvin later married the
love of his life, Barbara Ann Weishuhn on April 12, 1953 at St. Paul Lutheran Church in La
Grange.
Delvin was the Pilar of his family; the most kind hearted, strongest, selfless man anyone could
say walked this earth. His laugh and smile could light up any room, and his personality was out
of this world. Delvin never met a stranger. Everyone who met him, became a friend instantly,
that was who he was. He lived an amazing life and now he is living his best life in heaven where
he is reunited with his wife Barbara Ann, his daughter Donna Marie, his great grandson Coby
and all of his brothers and sister and the rest of his family and friends who’ve gone before him.
He will be missed so dearly by many.
Delvin is survived by his daughter, Kimberly Dawn Thompson Hay (Bryan) of Montgomery;
granddaughters, Devin Apgar Bellue (Josh) of Nechanitz and Kayla Hay of Montgomery; great
grandchildren, Josh, Juls and Finley Bellue.; and one sister-in-law, Aldine Bernshausen.
Delvin is preceded in death by his wife, Barbara Zingelmann; parents, Albert and Selma
Zingelmann; daughter, Donna Marie Zingelmann Apgar; four brothers, Albert, Kermit, Milton
and Lawrence Zingelmann; one sister, Corine Kessler; great grandson, Coby Bellue and dear
sister-in-laws and brother-in-laws.
Visitation for Delvin Zingelmann is scheduled for Sunday, June 19, 2022 at the Fayette
Memorial Funeral Home (967 E. Colorado Street, La Grange, Texas) from 8:00AM to 8:00PM
with family receiving visitors from 5:00PM to 7:00PM. A prayer service will begin at 6:00PM.
Funeral services for Delvin are scheduled for Monday, June 20, 2022 at 10:00AM at the St. Paul
Lutheran Church (110 W. Walnut, La Grange, Texas) with interment to follow at the La Grange
City Cemetery in La Grange.
Memorial contributions may be made to a charity of one’s choice.

To order memorial trees or send flowers to the family in memory of Delvin Zingelmann, please visit our flower store.