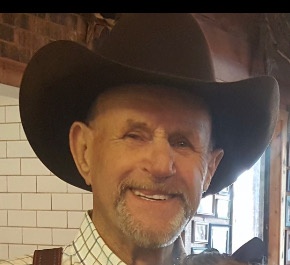 David Hackworth passed away on April 25, 2021 in La Grange, Texas. He was born on February 6, 1938 to David Eugene Hackworth, Sr. and Janet Alexander Frazier Hackworth in Llano, Texas.  He graduated from Llano High School in 1957 and then began his career in mechanics.

David worked as a diesel mechanic for White Swan prior to retiring. After retirement, he reentered the workforce for the City of Giddings and later retired from there as well.

David had his own language and was known by his children for his “Daddyisms”. He is remembered by his selection of television shows including Wicked Tuna and Antique Roadshow.  David enjoyed hunting, fishing, square dancing and traveling but he especially enjoyed chili cook offs in which he traveled the United States competing.

David is preceded in death by his parents, one brother Billy Dan Hackworth and sister-in-law Sharon Hackworth.

The family asks that memorial donations be made to St. Jude’s Children’s Hospital or to Shiner’s Children’s Texas.

To order memorial trees or send flowers to the family in memory of David Hackworth, Jr., please visit our flower store.