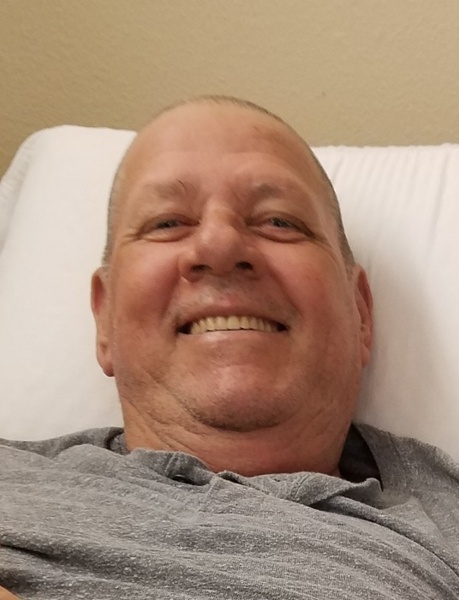 Damian Janacek, age 60, of Schulenburg passed away on October 8, 2017, after his hard fought battle with Renal Cell Carcinoma. He was born on March 4, 1957, to Emil and Edna (Gassmann) Janacek in Weimar, Texas.

A memorial service will be held at St. John the Baptist Catholic Church in Ammannsville, Texas at 10:00 a.m. on Saturday, October 14, 2017.

Damian loved his family and especially being silly, playing and entertaining his grandchildren who were his pride and joy. He loved watching westerns, wrestling, playing dominoes, listening to polka music and relaxing with a few cold ones after work. He enjoyed joking around and making people feel happy.

Damian was a kid at heart. From the time he started walking, he loved driving his trucks and the different sounds made by different engines. This led to his retirement in May, 2017, after a 30-year career working on and driving a truck in the sanitation department for the City of Schulenburg.

To order memorial trees or send flowers to the family in memory of Damian Janacek, please visit our flower store.