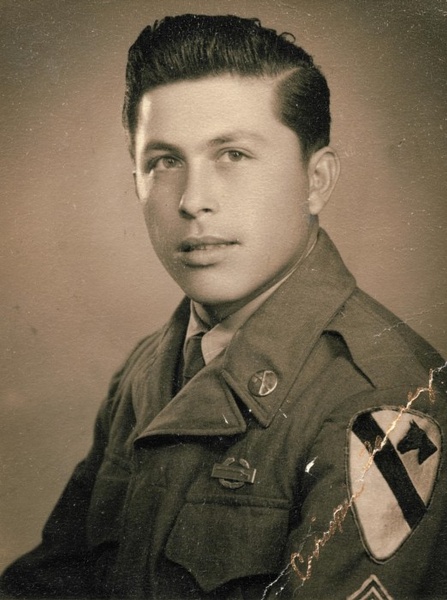 Crispin aka Speedy Tamez, was called to his heavenly home on January 1, 2018, surrounded by his loving, caring and ever-faithful family.

Mr.Tamez was preceded in death by his parents, Crispin Tamez and Margarita Elizondo and grandparents, Margarito Elizondo and Isabel Nunez de Elizondo and his brothers Ramon and Manuel Tamez.

He served honorably in the Korean War as a member of the U.S. Army.

Speedy was employed at Northwestern Steel and Wire Co. in Sterling, ILL. for over 29 years until moving to La Grange, Texas in 1979. He worked for Hurricane Fence Inc. until his retirement.

He was a hard-working, kind, nurturing and giving person and will be greatly missed by all that knew and loved him.

We would like to extend our deepest thanks to the Doctors, Nurses and Staff at Brookdale in Lakeway, Texas. We will always be grateful for the excellent care he received.

Funeral services will be held on January 4, 2018, at Sacred Heart Catholic Church at 10a.m. Burial will be held at the La Grange City Cemetery after church services.

To order memorial trees or send flowers to the family in memory of Crispin Tamez, please visit our flower store.