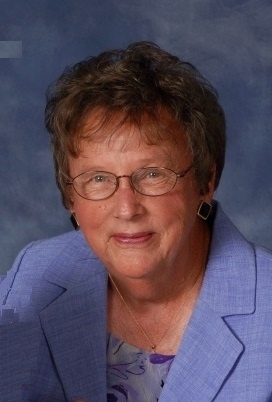 Carolyn Ann Koepke Mersiovsky, 76, of La Grange, died on Wednesday, May 17, 2017 at Monument Hill Rehabilitation and Nursing Center.  She was born on August 17, 1940 to Herman and Elsie (Wiemken) Koepke in La Grange, Texas.  She was baptized on September 15, 1940 and confirmed in the Christian faith on June 6, 1954 at Trinity Lutheran Church in LaGrange, Texas.  She attended and graduated from La Grange High School and then attended Scott & White Nursing School in Temple.  On November 20, 1960, she married Norman Mersiovsky at Trinity Hill Lutheran Church in La Grange.

Carolyn was a career military wife and upon her husband’s retirement, became a science teacher for Mt Calvary Lutheran Church & Preschool.

Carolyn enjoyed working in her flower gardens and shared her passion with others.  She was a member of The Austin Daylily Society and owned and operated Carolyn’s Gardens selling daylilies and other plants & flowers.  She won numerous awards in flower shows with her Daylilies.  She also hybridized a new daylily variety named Christa’s Curls.

Carolyn was a faithful member of Mt Calvary Lutheran Church where she sang in the Adult Choir, served on the altar guild and as an usher, and was a member of the Mary-Martha Guild.  She was also a member of the Pilot Club.

She was preceded in death by her husband Norman; her parents Herman and Elsie Koepke; son-in-law, Robert Rogers, Jr.; brother and sister in law, Herbert and Gladys Mersiovsky, sister-in-law, Mamie Mersiovsky, and nephew, Bruce Mersiovsky.

To order memorial trees or send flowers to the family in memory of Carolyn Mersiovsky, please visit our flower store.