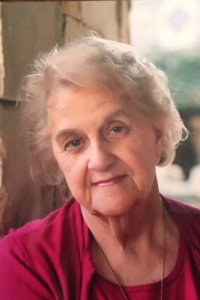 Carole Raye Nagel peacefully entered into God’s Heavenly Kingdom on the morning of Saturday, August 20, 2016. She was born on October 21, 1934 in Nashville, Tennessee to Walter I. Holt and Elizabeth Marchbanks Holt. She was preceded in death by her beloved husband of 43 years, Dave Nagel, her brother Walter Holt Jr. sister Linda Pitts and granddaughter Brittany Ridley. Carole is survived by her daughter, Dianne Redmond and her husband Chris, her daughter Dixie Rosenbaum and her husband Lary, and her son David Nagel and his wife Melody. Carole is also survived by her grandchildren Ashley Thomas and her husband Dillon, Cody Redmond and his wife Lauren, Seth Nagel and Madison Nagel along with numerous nieces and nephews. Carole was also the proud great grandmother of Ford Henri Thomas and Ryann Elizabeth Thomas.

While Carole was born in Nashville and lived for a number of years in Houston, she identified most with being a resident of Round Top, where she and Dave moved to in 1988 to care for Dave’s parents, Don and Lydia Nagel. Not to be outdone by Don and Dave’s mayoral turns to lead the town, Carole became the first female mayor of Round Top in 2002. She was active in numerous civic activities and was always a fixture at the annual 4th of July parade and the semiannual antique festival and square fair which Round Top is most famously known for across the country.

While residing in Round Top, Carole and Dave became entrepreneurs and pursued numerous endeavors including candle making and were at the forefront of the food truck movement by operating their very own funnel cake food truck at numerous county fairs. Carole loved watching her beloved Texas Longhorns in whatever sport was being televised, attending the Grand Ole Opry in Nashville, and watching any golf tournament that happened to be on TV. A true hostess, her home always had an open door policy for all and she was happiest when the house was full and the conversation was lively.

Upon the passing of her husband Dave, Carole decided to enter the field of real estate sales and worked for Round Top Real Estate proving to everyone that you can re-invent yourself and pursue a new career at any stage in life. While in failing health for the past few years, Carole always wanted to know what was going on in Round Top, the latest information on her grandchildren and great grandchildren and when the next family “get-together” was going to be held. At her core, family always came first and she was the happiest sitting in her recliner with friends and family around her talking and sharing memories together. She went by many names, Carole, your honor the Mayor, Nana, Nanny but will always be remembered as a Christian first and foremost, with a heart as big as the state of Texas.

A memorial service is planned for Saturday, August 27, 2016 at 2:00 pm at the Bethlehem Lutheran Church in Round Top, Texas with a reception to immediately follow in the adjacent education building. In Carole’s honor please consider making a donation to the Susan G. Komen foundation, The Round Top Warrenton Volunteer Fire Department, P. O. Box 145, Round Top, Texas 78954 or the Round Top Festival Institute.

To order memorial trees or send flowers to the family in memory of CAROLE NAGEL, please visit our flower store.