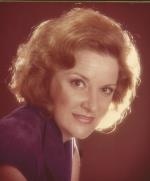 Carole Bunge Halla passed away comfortably at her home on November 2, 2013, after a short but valiant battle with metastatic breast cancer. She was born on February 6, 1942 in El Campo, Texas, the oldest child of Margaret and Lester Bunge, Sr.. She was raised in Garwood, Tx., but graduated from high school as one of the first boarder students of Nazareth Academy in Victoria, Tx. in 1960. She proceeded to receive her Bachelor and Master Degrees from St. Thomas University in Houston, Tx.. Carole married Carl James Halla, Jr. in 1963. She raised her two children in Houston, and during her 25 years living in the city along with earning her commercial pilot’s license, became an avid philanthropist using her artistic, creative and leadership talents in many capacities including being elected and serving as President of the Houston Junior Forum in 1982. She returned to the country in 1986 where she lived on her property, Caroleta Ranch, in Weimar, Tx. until her death, enjoying her work and love of being a fifth generation cattle rancher. She was blessed to spend the last fifteen years of her life married to Billy Ray Emfinger, living close to her children and grandchildren, enjoying travel along with entertaining, and continuing her family business as well as artistic endeavors while still maintaining her close connections to Houston. Throughout her life, she continued her volunteer efforts as a Member of the Weimar Museum, Lifetime Member of the International Committee of the Houston Livestock Show and Rodeo, and Member of the Houston Junior Forum.

She was preceded in death by her grandparents, parents, first husband, numerous aunts, uncles, cousins, and two sets of in-laws. She is survived by her loving and devoted husband, Billy Ray Emfinger of Weimar; her daughter, Loueva Halla Hatfield and husband Keith of Schulenburg; her son, Carl Bunge Halla, and wife Tara Stephens Halla of Schulenburg; a step-son, Joshua Wilson Emfinger and wife Jennifer of Houston; three grandsons, Logan James Hatfield, Landon Halla Hatfield, and Korby Lester Halla all of Schulenburg; a step-grand-daughter, Raven Emfinger of Houston; two brothers, Lester Bunge, Jr. and friend Karol Kallina of Garwood and Oscar Bunge and wife Barbara of Wharton; four nieces, Alexis Bunge Eakes, Loris Bunge Evans, Lada Bunge Lomax, and Tonda Bunge-Sellers and husband Shawn all of the Houston area; an uncle and aunt, Halley and Dorothy Anderson of Rockdale; and, numerous cousins, great nieces and nephews along with present and former brother and sister in-laws and their families.

Her funeral services will be held on November 8, 2013 starting at 9:30 A.M. with visitation to be followed at 10:30 A.M. with the Chaplet of Divine Mercy and concluded with an 11:00 A.M. Memorial Mass at Sacred Heart Catholic Church in Hallettsville, Tx. officiated by Monsignor John Peters. Her funeral services are under the direction of Eagle Lake Funeral Home, and her final resting place will be in Lakeside Cemetery in Eagle Lake, Tx..

In lieu of flowers and in honor of her dedication to philanthropy, memorials can be made to her most recent non-profit interest, Turtle Wing Foundation, P.O. Box 631, Schulenburg, Tx., 78956, or the charity of your choice most associated with your connection to Carole.

To order memorial trees or send flowers to the family in memory of Carole Halla, please visit our flower store.