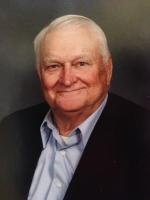 Matt was a United States Army Veteran, after which he started his professional career as an instrumentation technician with Texas Instruments. In 1969 he helped found Mensor Corporation in San Marcos, Texas, where he worked until his retirement in 1994, when he and Margie returned home to La Grange. He was a member of Mt. Calvary Lutheran Church in La Grange. Matt was a farmer and rancher, and actively involved with the church. He was a very social person, always the life of the party, handy with a joke or funny story. He always knew how to have fun and he never met a stranger.

Matt was preceded in death by his parents and a brother, Raymond Buscha.

Visitation is scheduled for Saturday February 2, 2013, from 5:00 PM until 7:00 PM, at Fayette Memorial Funeral Home in La Grange.

Memorial contributions may be made to Mt. Calvary Lutheran Church in La Grange.

To order memorial trees or send flowers to the family in memory of Carl Buscha, please visit our flower store.