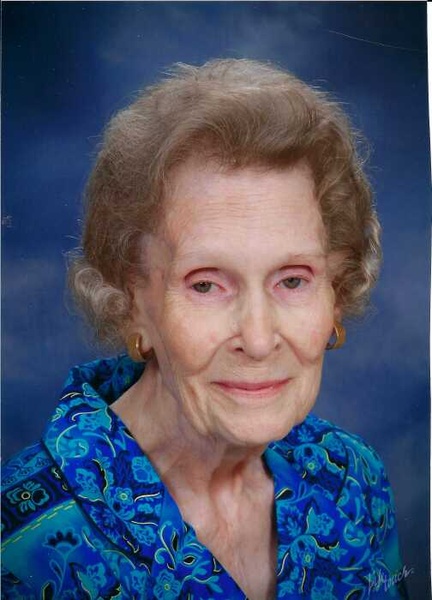 Blanche Marie Sobotik Stibora passed away August 29, 2021, with her family present. She was born in Wharton County, Texas, on May 9, 1930 to Marie Ann Matus and Frank Joe Sobotik.

Blanche graduated from El Campo High School in 1948.  She then moved to Houston where she worked for Southwestern Bell Telephone and later Exxon USA while pursuing her post secondary education at the University of Houston, graduating in 1961 with a Bachelor of Arts in Business.

Blanche married Joe Stibora, whom she met in college, on June 14, 1958, at St. Theresa's Catholic Church in Houston. Their honeymoon took them to Mexico City and Acapulco. They built their own home, designed by Blanche, in Stafford where they lived for 34 years and in 1996 built their second home and moved to La Grange. They were blessed with two children, Colette and Kenrick Stibora. Blanche retired from Exxon USA to raise their children. The family enjoyed traveling throughout the United States, Mexico and Hawaii, and Blanche and Joe enjoyed two trips to Europe in 1993 and 1996. On July 4, 1993, they had an audience with then Pope John Paul II at St. Peter's Basilica in Rome. While in Europe, they also visited the gravesite of Blanche's brother, 2nd Lt. Stanley Sobotik (killed over Germany in WWII), who lies buried in the beautiful Netherlands American Cemetery in the village of Margraten, Netherlands.

Survivors include daughter Colette and husband Mike Surman, and their children, daughter Caitlin and fiancee Joseph Urban, of La Grange, son Jake and wife Tori and their son Stetson, of Swiss Alp, son Kenrick and wife Noel and their children Faith and Britain, of Watauga. Sisters-in-law Mary Sobotik of Houston, Rose Novosad of La Grange and Mae Dell Stojanik of Ellinger, several nieces and nephews and other relatives and friends.

Blanche was preceded in death by her husband Joe, her parents, brothers Stanley and Jesse and nephew Cadet Richard Sobotik USMA.

Visitation is scheduled for Sunday September 5, 2021, from 1:00 PM until 5:00 PM at Fayette Memorial Funeral Home in La Grange with rosary following at 5:00 PM. Funeral mass will be held on Monday September 6, 2021, at 11 a.m at the Queen of the Holy Rosary Catholic Church. Celebrants are Fr. Felix Twumasi and Deacon John McCourt. Burial will occur in the church cemetery. Memorials may be made to Holy Rosary Catholic Church in Hostyn, Hospice Brazos Valley or donor's choice. Funeral arrangements are entrusted to Fayette Memorial Funeral Home of La Grange.

The family requests that masks be worn during the services to ensure the safety of family and friends.

To order memorial trees or send flowers to the family in memory of Blanche Stibora, please visit our flower store.