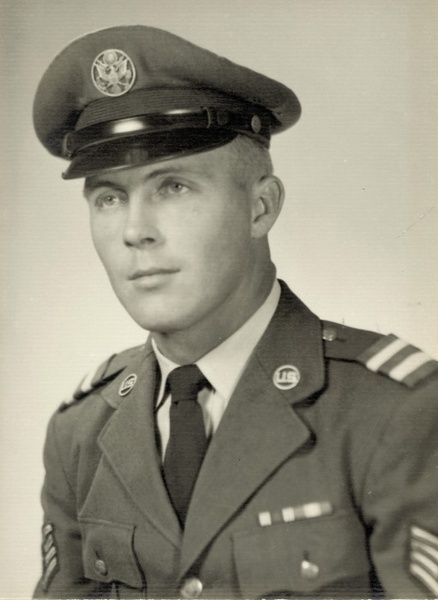 Bill W. Hill died March 17, 2020. He was born July 9, 1934 in Penelope, Texas. He grew up in the farming community of Mount Calm, Texas. His studying was done by kerosene lamps.

After attending Navarro College he enlisted in the US Air Force where he served as a tactical and academic instructor. His last year of service was spent teaching in General Instructors School. After discharge Bill returned to college to complete additional courses where he met his wife Margie Carter. They celebrated 61 years of marriage in August 2019. They had two sons Bart and Carter.

Bill enjoyed sports and coaching his two sons during their early years. He was a devoted husband and father and his sisters always commented on what a fine man he had become. Bill was a Methodist and enjoyed his Methodist men's group and the many friends he made there. Most of his working years were spent in the trucking industry and at his retirement was vice president of sales for Santa Fe Trail trucking.

Bill was preceded in death by his parents Arcie and Dollie Hill, brother James Hill and sister Bonnie Jackson.

Memorials may be made to a charity of your choice.

Due to the current restrictions a memorial service will be at a later date.

To order memorial trees or send flowers to the family in memory of Bill Hill, please visit our flower store.