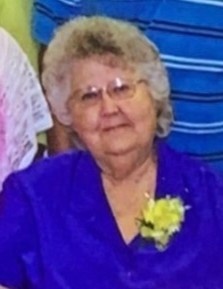 Bertha graduated from Fayetteville High School in 1957, and later met the love of her life, Leroy Raymond Ruether, at a wedding reception. They were married July 21, 1957 at the St. John the Baptist Catholic Church, in Fayetteville, and were married for 63 years. While raising kids and grandchildren, Bertha worked full-time at Consolidated Smoke House in La Grange, Golden Crisp in La Grange, as well as the La Grange meat market. She enjoyed gardening and keeping up with her friends on the phone. She was also known for her meals, including her homemade noodles and famous apple strudel. her children and grandchildren recount there always being a large pot of soup on the stove, ready for visitors. Bertha loved planning parties of all kinds, always the first to volunteer to pull family gatherings and celebrations together.

Bertha will be buried at St. John the Baptist Catholic Cemetery.

In lieu or flowers, memorial contributions may be made to the Hospice of South Texas, or the American Diabetes Association.

To order memorial trees or send flowers to the family in memory of Bertha Ruether, please visit our flower store.