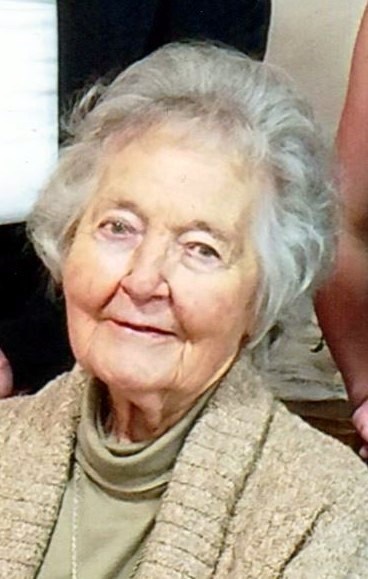 Bernice L. Miller of Greenwood, Arkansas, went to be with the Lord on Sunday, Sept. 2nd, 2018 at the age of 97.  She was born in 1921 in La Grange, Texas and a graduate of La Grange High School.  She met her husband John who was in the army and stationed in Bastrop, Texas, while in La Grange.  They were married in June of 1943 and moved to Queens, New York.  John was a New York City fireman and they later moved to Brooklyn and West Babylon, Long Island, New York.  Upon his retirement, they moved to La Grange where they built their home.  In 1998, they moved to Greenwood, Arkansas, where they could be next door to their son John, Jr.

She is preceded in death by her parents Robert and Irene Loehr, husband John and a brother Robert, "Buddy" Loehr and sister-in-law Aileen Loehr.

Funeral service will be this Saturday, Sept. 8th, at 10:A.M. at the First Presbyterian Church in La Grange with burial following at Williams Creek cemetery.  Visitation will be this Friday from 5:P.M. to 7:P.M. at Fayette Memorial Funeral Home in La Grange.

In Lieu of Floral tributes, the family requests donations to be made to the First Presbyterian Church at P.O. Box 368, La Grange, Texas, 78945 or Pink Bud Activity Fund at P.O. Drawer 2000, Greenwood, Arkansas, 72936.

The family wishes to extend special thanks to the staff of Golden Years, Pink Bud Nursing Home and Heart of Hospice for the love and care of Bernice.

To order memorial trees or send flowers to the family in memory of Bernice Miller, please visit our flower store.