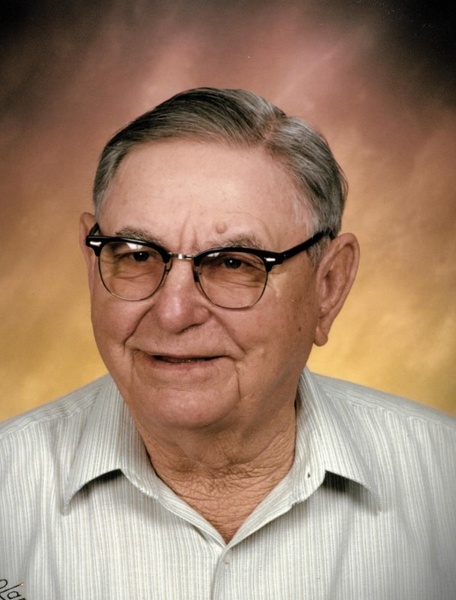 Bernard Muras passed away peacefully at his home on February 12, 2018 in the company of his wife and family.  Born August 20, 1930, Bernard was raised in the Black Jack community – present day O’Quinn area.  He was the eldest of seven children born to Martha Svec and Cyril Muras, Sr.  While valuing education, Bernard valued family more and ended his formal schooling in the fourth grade.  His spelling was challenged, but his math was unparalleled.

After leaving school to help support his family, he worked on the family farm, drove grain trucks commercially, and did cotton ginning around Farichild, TX.  He gave up sleep to attend a good dance as he loved polka music and polka dancing.

Bernard met the love of his life, Mary Jane Kalina at a family wedding in Hostyn, TX.  They married on October 14, 1958 and were blessed with eight children:  Joan Supak and husband Charlie of West Point, Gina Kozelsky and husband Jerry of O’Quinn, Connie Julian and husband Ian of O’Quinn, Linda Franks and husband Gary of Charlotte, NC, John Muras of Concord, CA, Donna Garrett and husband Phillip of College Station, David Muras and wife Jan of O’Quinn, and Sarah Koehl and husband Craig of Katy.

He taught his children much about farming and wiring (as was called the electrical work) by having them accompany him on jobs when they were not in school.  Even the younger ones would get to help by pulling wires in tight spaces.  Everyone had to be protected from the sun while working and apparel required for field work or wiring was always long pants and a cap – a long sleeve shirt was highly encouraged, but not always mandatory.  During his retirement, Bernard served as a director for Engle Farmers Mutual.

Bernard has been known as many things – husband, dad, grandpa, friend, and neighbor.  He was even known as the Mayor of O’Quinn.  Of all his titles, he was most fond of being called Grandpa.  When he met a stranger of any age less than his, he simply said that was his name - “Grandpa.”  He spent much of his retirement as a babysitter of his grandchildren and would light up at the sight of any child.  Bernard experienced the joy of 20 grandchildren and three great-grandchildren in his life.

Bernard loved family gatherings with Christmas being his ultimate favorite.  He loved presents and would take his time opening each one.  He drank a lot of black coffee any time of day and one Coca-cola each night.  A meal was a great meal if it included meat and bread – potatoes were optional.  Bernard looked forward to the Ag Mechanics competition at the local stock show and at the Houston Livestock Show and Rodeo every year.  Baseball was another love, regardless of whether it was watching the Plum Yankees in the 1970’s at the fairgrounds or watching kids and grandkids playing ball in the yard, little league, or high school – he liked his baseball.

Queen of the Holy Rosary Catholic Church was Bernard’s spiritual home for his entire 87 years.  He served as a board member and usher.  He worked the church picnics cooking stew and selling beer tickets, but mostly he loved attending the auctions.  Bernard was a member of the KJT.

Bernard is survived by his wife, Mary Jane Muras, all his children, grandchildren and great-grandchildren.  Bernard is also survived by two brothers and two sisters: Alice Faldyn and her husband Edmund of Sealy, Cyril Muras, Jr. and his wife Mary of Hostyn, Marcella Wagner and her husband Lawrence of Hallettsville, Leo Muras of O’Quinn, and sister-in-law Joyce Muras of O’Quinn.

He was preceded in death by his parents, Martha Svec and C.M. Muras, Sr.; his brother Henry Muras, and his sister and brother-in-law, Dorothy and Julius Gorka.

A special thanks to dear friend Douglas Manwill of Concord, CA for the care and kindness extended to Bernard.

To order memorial trees or send flowers to the family in memory of Bernard Muras, please visit our flower store.