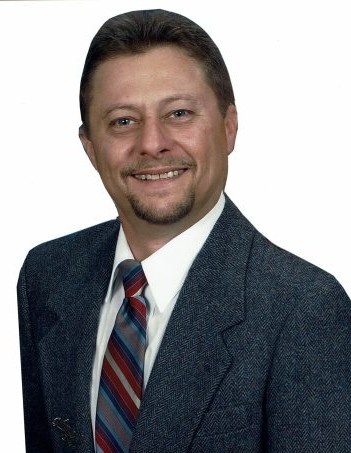 Andrew was 55 years old and was Born on June 23, 1962, in Munich, Germany and died on November 11, 2017. His residence was in Tyler, Texas and for the last three years his official residence has been in La Grange, Texas. However, he never spent much time in La Grange as he was in many hospitals, medical facilities and nursing homes as he valiantly battled Peripheral Arterial Disease (PAD).

Andrew played football at Taft High School and was active in drama and achieved Best Actor for the District, Bi-District and Regional's. Because of this he was awarded a four year scholarship to Stephen F. Austin where he was in many stage productions. Andrew also attended Bee County College in Beeville, Texas and took numerous courses through Texas A&M regarding the water industry and water conservation.

Following college Andrew worked for various water districts, municipal utility districts and cities as a licensed professional. He loved his job and was very good at doing his job. People and employers always spoke highly of his work. Andrew enjoyed meeting people and could talk about many subjects. He enjoyed fishing and traveling. Perhaps his greatest trait and personality was the ability to tell jokes, make people like being around him and enjoy his company.

Andrew was born in Munich, Germany, when his father was stationed there with the US Army.  He is survived by his father Glenn E. Altwein and Lou Ann Wells Altwein Green. He is also survived by a sister, Elizabeth C. Altwein Elizardo, who has three sons, Ethan, Evan and Elliott and by a brother, Bryan Henry Altwein and wife, LeaAnn Schrecengost Altwein who have a daughter Bryanna. He is also survived by uncles and aunts Cotham and Brenda Altwein and Pat & Shelia Wells and Kathi Altwein Fischer, along with many more relatives.

Andrew was preceded in death by his grandparents, Nora Rauch (Altwein) Wittenborn & Herbert Wittenborn and Wanda (Patterson) Wells & Grady Wells, as well as Melwin and Dorothy Altwein. Andrew will also be greatly missed by his much loved dog, Chiquita.

Memorials may be made to the Methodist Children' home, 1111 Herring Avenue, Waco, Texas 76708 or to an animal rescue organization of your choice.

He was a committed Christian and often expressed his desire to go to Heaven and be with Jesus.

To order memorial trees or send flowers to the family in memory of Andrew Altwein, please visit our flower store.