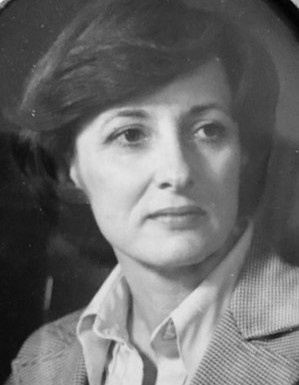 Alece Blanche Egan (affectionately known to her family as Moma, Bebe, Momee and Drinka) was born to Edwin  and Alece (née Poirier) Blanche on July 21, 1934 in Dallas, Texas. She spent her youth in Dallas, Abilene and New Orleans with her sisters and brother prior to beginning her education at Tulane University. Much of her adult life was spent in the surrounding areas of Houston where she and her husband, Bill Egan, raised their four daughters: Eileen, Cathy, Peggy and Mary. They, and their families, were her pride and joy.

As a young mother, Alece returned to college and earned her law degree from the University of Houston’s Bates School of Law. She received multiple honors and was a member of the Law Review, all while her youngest daughter was simultaneously graduating from Kindergarten. She was the first female attorney to join Fulbright & Jaworski and brought mediation resolution to family courts in Harris County.

Alece was well-known for her uncanny ability to make a friend out of anyone she encountered. She had a simple way of making anyone feel like the most important person in the room. She was fiercely loyal, spirited, sharp and witty. She embraced many cultures, was bilingual and loved to travel the world. The open road was where she made many memories with her daughters and granddaughters. She always had a piano in her home, and was deeply fond of the classics. She loved all kinds of music and especially loved to dance. Being outside to hear the birds chirp and sing was at the top of her list for favorite past times. She had a green thumb when it came to her garden. Her legacy lives on through her family, as they all have an affinity for cultural experiences, beautiful flower arrangements and  great dance parties.

Alece was naturally gifted when it came to mentoring young people. She was a Girl Scout leader, a UIL accompanist, and a CCD teacher. She was a devout Catholic and instilled a foundation of faith within her daughters that would carry on to how her granddaughters were raised.

Alece was called home to the Lord on September 4, 2020, after enduring a battle with Alzheimer’s. Although we grieved who she was throughout the span of her decline, our loss is made bearable knowing that she is completely healed and in the presence of her Savior. She is survived by her loving daughters Eileen Egan, Peggy Holmes, Mary Emmott; sons-in-law Karl Goetzke, Brad Holmes, Jeff Emmott; adored granddaughters Meghan and her husband Ben Westcott, Sarah and Madeline Holmes, Kathleen and Marie Goetzke; great-grandchildren Grant, Devin and Emma Westcott; siblings Dianne Bishop and Don Prather; and her nieces and nephews. Alece is preceded in death by her daughter Cathy Goetzke, sister Patricia Bradley and her parents.

A funeral mass will be held at St. Matthew the Evangelist Catholic Church on Thursday, October 22, 2020 at 10:30AM, 9915 Hollister Road, Houston, Texas. Her ashes will be interred at Live Oak Hill Ranch in La Grange, Texas.

To order memorial trees or send flowers to the family in memory of Alece Egan, please visit our flower store.