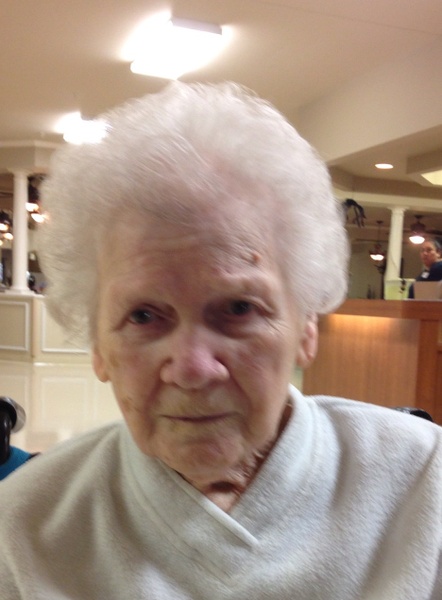 Albina Verlene Urban passed away in Columbus on May 21, 2017 surrounded by her loved ones.

Albina Verlene Urban was born to William and Frances Lycka near Ellinger, Texas on October 13, 1923. She and her twin sister, Mary, joined two brothers, Robert and Louis. Albina's childhood was spent in and around Ellinger, Texas and she was an active church member of St. Mary's Catholic Church near Ellinger her entire life. She attended school in Ellinger and enjoyed socializing, playing bingo, cards, and domino games as well as an occasional gambling trip to Louisiana, with friends and family until she was advanced in age. Albina's was an active lifestyle, taking part in school activities, especially volleyball; and helping on the family farm. She learned the lessons of hard, honest work at an early age and continued those lessons with her own children and extended family members.

Albina married John Alois Urban on October 7, 1939 in Ellinger, TX, where they lived their entire life. They were blessed with 5 sons and 3 daughters, who all learned the value of hard work and family values. Albina was the heart of their home, as well as a dear friend to her neighbors and church family. She was always there to lend a hand to help someone in need, and will be remembered for her homemade noodles and homemade chicken noodle soup as well as her delicious homemade bread, cookies, and kolaches. She always had a bounteous garden and canned and preserved enough to see the family through from one season to the next. She loved the outdoors, especially "cane pole" fishing with the children as well as playing a good game of volleyball. She especially loved playing cards and bingo. As the family grew and she became "granny" her heart just got bigger, making room for each addition to the family. Her greatest treasures were her children, her grandchildren, and her great-grandchildren, and the times they spent together.

She was predeceased by her husband, John A. Urban; two sons, James Urban and Larry Urban; her twin sister, Mary Roensch; two brothers, Robert Lycka and Louis Lycka; 2 brothers and 2 sisters who died in infancy, 4 grandchildren, 1 great-grandson, and 1step-great-granddaughter.

She was our sunshine and the foundation of our legacy and she will truly be missed.

To order memorial trees or send flowers to the family in memory of ALBINA URBAN, please visit our flower store.