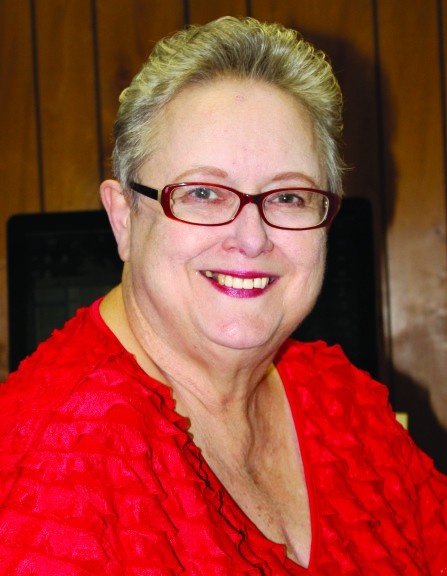 Aileen was born December 16, 1944, the daughter of Henry Wied, Jr. and Erna Stahmer Wied. After graduating from La Grange High School in 1963, she worked at Tobias Furniture for a short while.  Then, moved to Sequin, Texas, to work as a dental assistant for Dr. Ralph Sagebeil. Aileen moved back to La Grange in 1969 to marry Lloyd G. “Bucky” Loehr.  They were joined in marriage at St. John Lutheran Church, Rutersville on June 20, 1970.

Aileen began her career at The Fayette County Record on December 24, 1969.  As of her retirement in 2013, she had worked at The Record for 44 years, during which time she learned every aspect of newspaper publication.  Additionally, Aileen played a large role in the production of four Fayette County history books published by The Record and became a staff writer for the paper.  In 2014, Aileen was the Texas Gulf Coast Press Association Third Place winner in the Humorous Column Division III, for her popular “Oma Says” column.

Aileen and Bucky became parents of two children, May and Toby, in 1978.  She was a devoted mother and wife.  She loved her family fiercely and beyond compare.  Aileen enjoyed flower gardening and craftwork, and she was an excellent cook.  She was also very active in her church where she taught Sunday School and Vacation Bible School for over 30 years.  Aileen served as Sunday School Superintendent, sang in the church choir, was a member of the Women of the ELCA and its Prayer Chain, started a “Prayer Warrior Group” in La Grange so prayer groups from multiple local churches could pray for each other, and helped to start a Night Circle for Women at St. John.

Aileen was preceded in death by her parents and her sister, Frances Wied.

Funeral services are scheduled for Saturday, October 8, at 10 a.m. at St. John Lutheran Church, Rutersville.  Interment to follow at the Rutersville Cemetery.  A reception will be held in the St. John’s fellowship hall after interment.

Memorial donations may be made in Aileen’s name to St. John Lutheran Church, Rutersville or to the charity of one’s choice.

To order memorial trees or send flowers to the family in memory of AILEEN LOEHR, please visit our flower store.