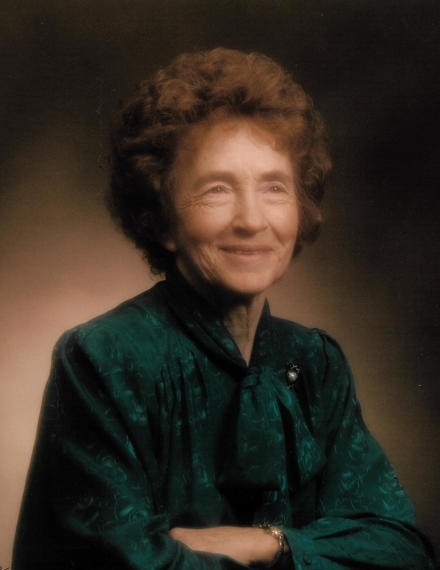 Addie Pearl Joslin, age 93 of Fayetteville, Texas, formerly of Magnolia, Texas passed away on May 1, 2017.

Addie was born July 3, 1923 in a small community five miles from Rusk, Texas, the daughter of Medora Elizabeth and Andrew Jackson Burks.  Addie married Leslie Joslin October 14, 1942 in Corsicana, Texas.  They later moved to Houston and together built their home, living there 33 years.  Addie was a loving daughter, sister, wife and Mother.  She was a homemaker, loved to cook and do things for her family.  She enjoyed gardening, planting flowers and fishing with her family.

When her children were grown, she went to work in the office of a Piano shop for a few years.  Addie was also a poet and wrote many poems for which she received Merit from the World of Poetry, and has copyrights on three songs.  She was a member of Woodland Place Baptist Church (now Crossview) in Magnolia, Texas and after moving to Fayetteville, enjoyed attending St. Paul Lutheran Church in La Grange with her daughter.

Addie and her husband moved to Tyler, Texas in 1975 and after her husband passed away in 1985, she remained in Tyler until moving to her son’s in 1995 to Spring, Texas.

She is survived by her daughter, Carolyn Elizabeth Buchanek and her husband James, of La Grange, a son Kenneth Ray Joslin of Fayetteville, Texas; four grandchildren, Tina Fox of the Woodlands, Shelly Joslin of Fayetteville, Jimmy Dwigans and and wife Sandy of La Grange and Elizabeth Mielke and husband Greg of La Grange and two step grandchildren, Kristi Squier and husband Paul of Spring and Tim Buchanek and his wife Christi of Schulenburg, 8 Great Grandchildren, Alexandra Shimek of College Station, Victoria Shimek and fiancée Jay Taylor of San Marcos, Skyler Shimek of La Grange, Brooke Dwigans and Brandon Dwigans of La Grange, Collins Dwigans and wife Corrie of Sealy, Brooke Fox and Austin Fox of The Woodlands, and two step great Grandchildren, Klaire Winters of Spring, and Amanda Buchanek of Schulenburg.  Also two nieces, Bettie Hickman of Chandler, Texas, Virginia Daniels of Arkansas, two nephews Ronald Joslin of Bellville and Ennis Joslin and wife Shirley of Bakersfield, California.  Also several great nieces and nephews.  She was preceded in death by her husband, parents, two sisters, two brothers, Mother-in-law, three brothers-in-law and two nephews.  Addie always said, “I lived a happy life”.  She was a devout Christian and loved The Lord, church, and her family.

Funeral services are scheduled for Thursday May 4, 2017 at 3:00 PM at St. Paul Lutheran Church in La Grange.

Memorial contributions may be made to St. Paul Lutheran Church in La Grange, Hospice Brazos Valley in La Grange or to the charity of one’s choice.

To order memorial trees or send flowers to the family in memory of Addie Joslin, please visit our flower store.